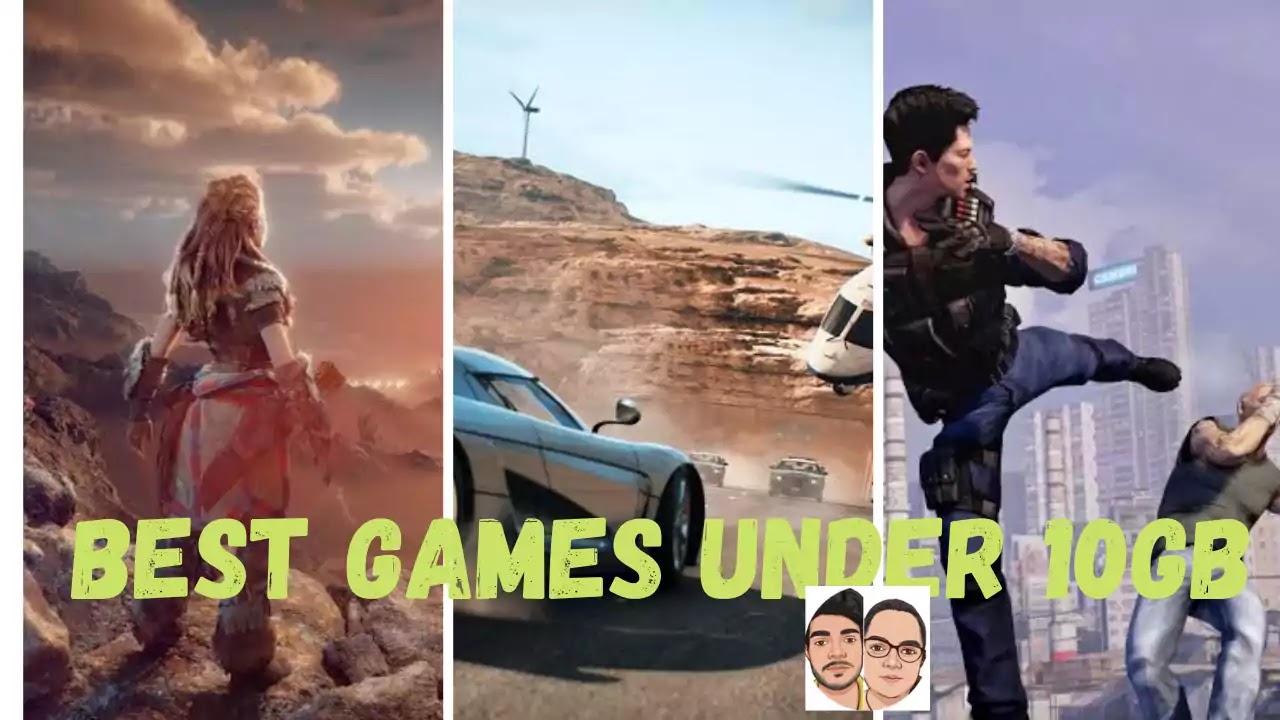 Finding the All-time best pc games under 10Gb download size is a tough task, so I will help you. I’ll be listing 10+ pc games that would never feel bored, but you would love to play them again and again. thanks, me later 😆.

note: these game’s sizes could be different at different websites “if downloading”. Be sure I am talking about repack, reloaded, compressed games under 10GB original size of the game after installation could exceed the limit. 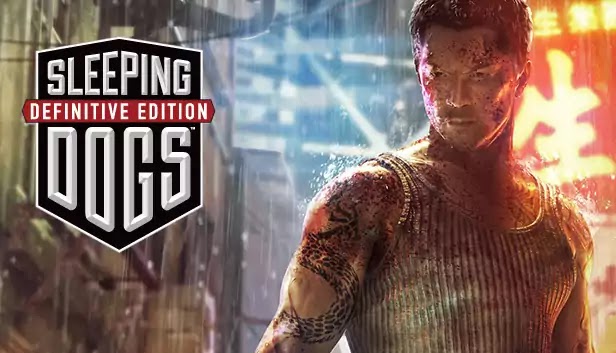 Image source: Steam
Sleeping Dogs being one of the best action-adventure open-world games. I loved to play the game so much but the thing that attracts me to the game is its fighting-style actions. you would be a fan of the game when you will come to know that there is a lot of fighting styles in the game which is always a drawback in GTA games. Each weapon gives a different arcade fight scene. You will be glad to know that you are the hero you are destroying small to big gangs in the game.
the game was initially released in 2012 but its versions were introduced later like sleeping dog limited edition and definitive edition. The Game was published by Square Enix. You would have full fun of the story plot and its graphics and be a powerful martial arts specialist hero. 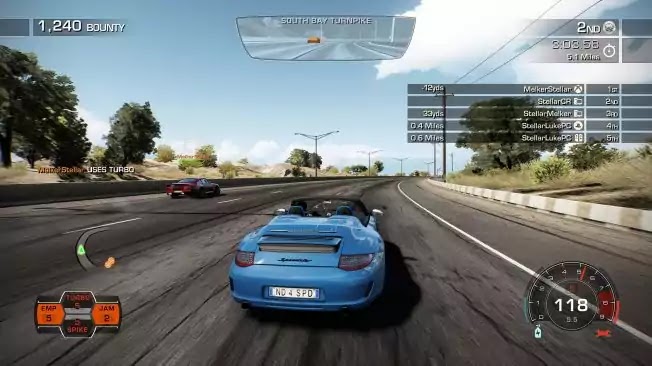 Image source: EA
The remastered edition of need for speed hot Pursuit is the latest released NFS game by EA. The game has enhanced cool graphics and the pursuit between cars and police is going to be too realistic. The Hot pursuit series was started in 2002 and then in 2010 the game launched with the same name just got more comfort graphics and after 10 years this gets more realistic. When a started playing car racing games I had started with the need for speed hot pursuit in 2002 and till now I am glad I played that game. I had enjoyed the game for more than a year.
I had played 10+ NFS Games but still, now hot pursuits still stand in one of the top lists. If you are a car lover then you must play this game once on my advice. The game is really awesome the only reason is that EA is Still upgrading it.
Al races take place in a coastal area made for racing. everything goes in speed just checkout shortcuts to be the 1st and especially don’t forget police is on your back. 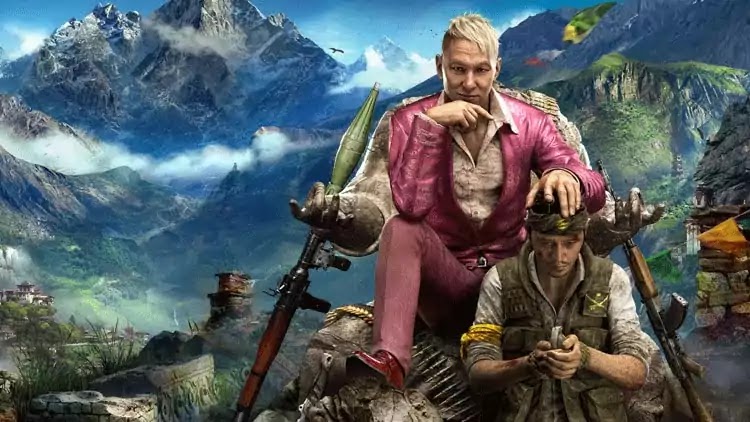 Image source: Ubisoft
After the great success of one of my favorite games Far Cry 3 after a 2-year long wait Far Cry 4 was released in November. The game is based on a fictional Himalayan country Kyrat The game is one of the most loved games as it gives you all experience of a Legend.
I loved the game as it has all we want it is a shooter game and its open world and one of the main is survival too, and you fall in love with its extreme quality graphics and detailing of animals.
The gamers pretend to play this game a lot that they had completed the game 4-6 times and still wants to play that shows the game has fun which will never make you feel bored for a long year. 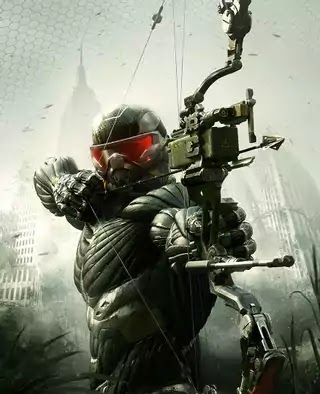 Image source: Crytek
Crysis final game and still getting updates till now is initially released in 2013 PlayStation 4, Nintendo Switch, Microsoft Windows, Xbox 360, PlayStation 3, Xbox One Game.
The game gives the feel of a superhuman and one-man army that is capable of fighting against a big army.
I am playing the Crysis series for a long and the series still had the potential to compete with modern games.
Crysis 3 is a first-person shooter video game with a great story but a short one and it has a big list of enemies which is not too easy to defeat. I used to play Crysis 3 when feels to play a shooter video game with an overpowered character.
it too gives a feel of an open world environment and has great missions to complete against great enemies. so the game has the potential to stay in the list of top best pc games compressed/repacked games under 10Gb of download size. 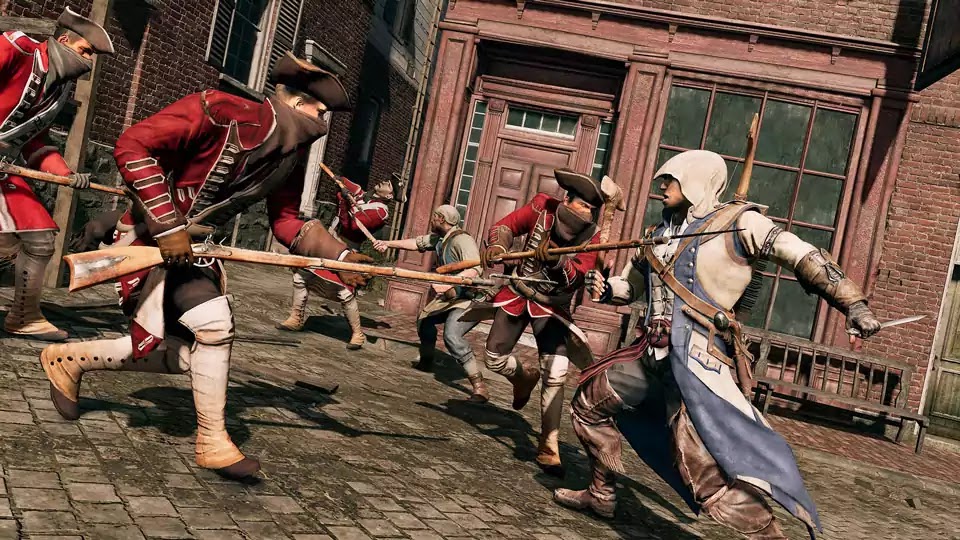 Image source: Ubisoft
Assassin Creed 3 was initially released in 2012 as the game was awesome the developers created a remastered version of it and release it in 2019. Ubisoft did great work in both of the games.
Assassin Creed 3 Remastered has great graphics and better fighting mechanics and reversals but if you are still playing on your old pc then Assassin’s Creed 3 will be best only go for the remastered version if you are having a better pc to deal with that game.

Must Read: Best Pc games under 4GB download size to play before you say goodbye!

Image source: Steam
Ultra Street Fighter 4 is the best choice for playing a fighting arcade game single or multiplayer. Gamers use to play different versions of street fighter 4 then the developers tried to make a beast version that has all of the versions combined and named it by Ultra Street Fighter 4.
Playing this is fun but will be difficult for beginners to learn moves.
You can also go for Mortal kombat 9 if wants to play an easily controlled arcade game. 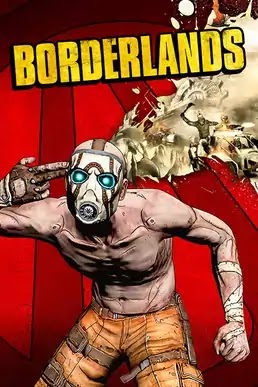 Image source: Wikipedia
Borderlands is being awarded the game of the year award. It is one of the best first-person shooter video games (FPS).
Gamers love looter shooter games too much and role-playing is the first choice you had only one choice left that is Borderlands.
Recently the game has been released in the switch too. This shows the game demand still after a decade of the initial release. 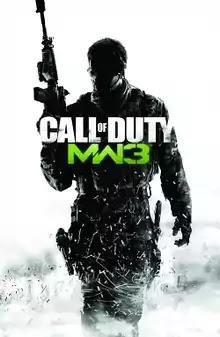 Image source: Wikipedia
Modern Warfare series in call of duty is one of my favorite gaming series choices. this series has all that a perfect game should have. The great story combined with a great army combats and missions. Call of duty is my personal favorite game franchise.
Call of duty modern warfare has great graphics, weapons and as always solo missions.
The game was initially released in 2011 for almost every platform. But my thinking is that cod MW 2 is far better as the story plays a better role than the graphics but it is up to you. 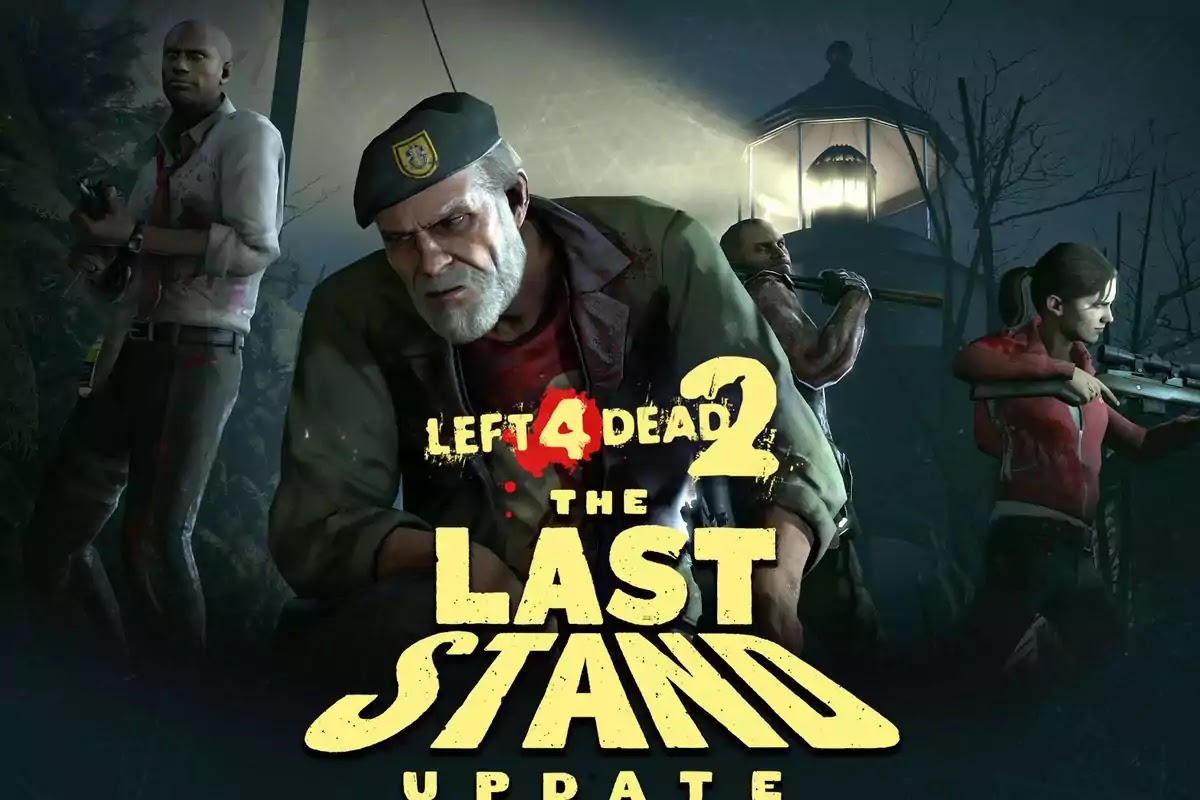 Image source: Theverge
left 4 dead 2 is the successor of left 4 dead and was released after the great success of left 4 dead. This is a multiplayer horror first-person shooter video game and a huge big list of gamers are still loving this and developers are treating it as a fresh game still now and providing good updates.
The list of best pc games under 10Gb was incomplete without a horror zombies video game which has no better option than Left 4 Dead 2. 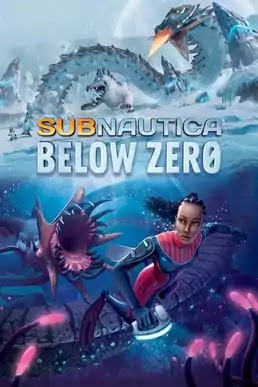 Image source: Wikipedia
Subnautica below zero is a 2019 action-adventure open-world survival video game that is the sequel to subnautica released in 2018.
In this game, you will come across all aquatic animals, and as the game suggests the water would be below zero so you are going to discover the area which is impossible to do in reality.
Survival game lovers loved subnautica as it was the only game which made them able to discover animals underwater and the survival will be realistic need mineral clean water and plants and animals to eat place to sleep and so on and the game too has a story. 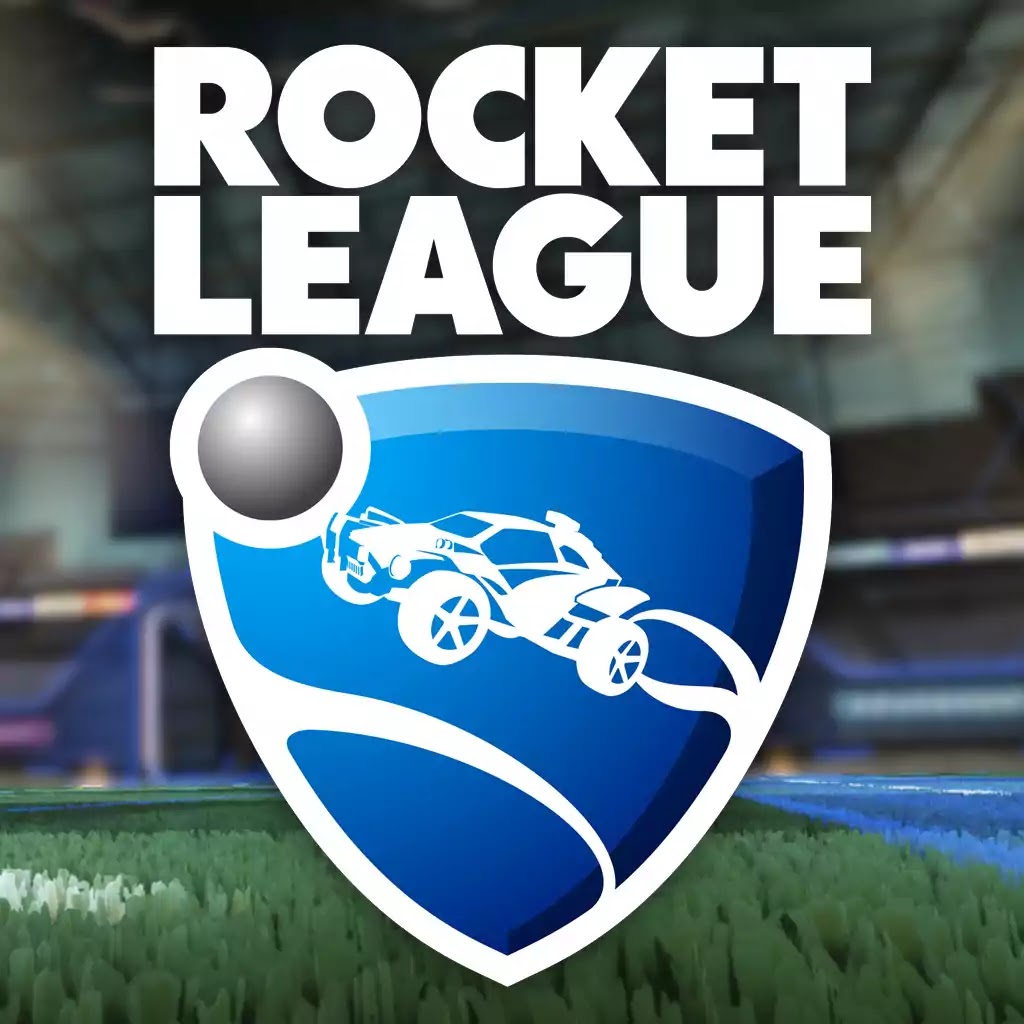 The list of best pc games under 10Gb was incomplete with an action sports game. Rocket League was initially released in 2015 but got updates on a monthly basis or weekly basis.
In Rocket League the player is a sports car as a footballer and there are two teams in a match and you had to do a goal against them. the best thing in the game is that everything is customizable and great upgrades are available you can create your own team and play tournaments.
Rocket League is a single/multiplayer fun game that will never felt you bore at any moment.

The list of best Pc games Under 10GB has all AAA titled pc games which every gamer has to play once in his/her life.
These were the top 11 best pc games in 10 GB downloading size.
Share with your Gaming Buddies!