Best Hindi Dubbed Movies Of Allu Arjun must watch in 2021

Allu Arjun Also known as Stylish Superstar. He is one of the best Telugu superstars. He is mostly known for his different styles and action. Are you a great fan of Allu Arjun? I am. He has done many great movies and his adult debut movie was Gangotri. He is a good actor and always does justice with his role. I am here with his Best Hindi dubbed  Movies that you must watch in 2020 if you are a true fan of Allu Arjun. I will be describing a short description of the movie story, and I am sure You’ll love each of them and every movie I will be discussing is watched by me and I assure you they all are worth watching. 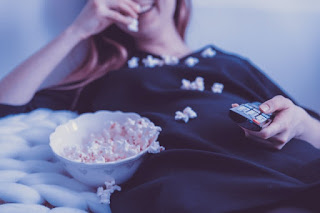 (Hindi dubbed of Telugu Movie ” Naa Peru Surya Naa Illu India”)
The story revolves around a soldier named, Surya who is short-tempered but his dream is to serve at the border. Firstly you’ll see many fights and his past story that why he left his house due to his aggressiveness. There is a short love story also. His father will be assigning him a task of 21 days to change himself to fulfill his dream and the climax his amazing where you’ll be getting a message that character is important than dream. It is a full package of action, attitude, emotion, and style with a great feeling of Nationality. You’ll feel energy and enthusiasm and respect for your country.
You can watch the full Hindi dubbed movie Surya the soldier online.

(Hindi dubbed of Telugu movie “S/O Satyamurthi”
This is an action -drama and adventure movie. It was released on 9 April 2015. 165 minutes is it’s running time. It’s three songs are filmed in Europe and rest film in Hyderabad. After this movie, Allu Arjun became the first Telugu actor with two consecutive films earnings more than 500 million worldwide. The main character of the movie is Anand who is the son of a billionaire named Satyamurthi. After the death of Satyamurthi, it becomes hard for Anand to return the money of creditors but he gave all his property to creditors but one person left and he does many jobs to fulfill the requirements of the family. You’ll be seeing a love story during his struggle with a girl named Sameera and you’ll see how the point of view changes of Paida SambSiva Rao about Satyamurthi because of Anand.
You can watch the full Hindi Dubbed movie  Son of SatyaMurthi online.

(Hindi Dubbed of Telugu Movie “Race Gurram”)
This is a combo of love, action, comedy. It was released in 2014. It’s running time is 2hour and 43 minutes. The female star cast is Shruti Hassan. The story starts with two brothers Ram and Laksham who fight with each other and are poles apart.Ram is an idea child who is good in sports, academics now is in the police, whereas Lakshman(Allu Arjun) is a quite naughty and funny and believe in enjoying life. He’ll meet a girl (Shruti Hassan) with strange behavior, always having the same expression on the face and their love story is complete comedy. There will be a twist in the film where Lakshman will realize that he loves his brother and wanted to save him from a criminal minister. There are numerous reasons to laugh when you watch this movie. There are many twists and action you’ll definitely love watching this movie.
You can watch the complete Hindi dubbed Lucky: the racer movie below 👇

(Hindi Dubbed of Telugu Movie “Sarrainodu”)
It is an action, Drama Masala movie. It was released in 2016. It’s running time is 2 hr 42 minutes. This is a story of ex-servicemen, Gana  who hate corruption and fight with the corrupt people but his girlfriend asked him to stop violence if he wants to marry her.you’ll see how he deal with the situation and corrupts people with a wonderful love story. Action is amazing as in all movies of Allu Arjun.comedy and love story adds masala to the film. You’ll definitely love watching this.
You can watch the full movie Hindi Dubbed movie Sarrainodu below.

(Hindi Dubbed of Telugu Movie “Duvvada Jagannadham”)
This film was released in 2017.
The story revolves around DJ, who is born in a brahmin family. He from childhood hates crimes and at a very small age, he saved a police officer life from a criminal don of the area by shooting him. He works as an undercover agent for police and fights with criminals and at home, he is a good brahmin boy. This movie is a mixture of comedy and action with a love story. This movie is worth a watch. This is a wonderful movie.
You watch the full  Hindi dubbed Telugu movie DJ online on youtube.

(Hindi Dubbed of Telugu Movie “Badrinath”)
This is an action, drama movie. The beauty of the movie is the location where it is shot because every scene is so wonderful and heart touching. Allu Arjun’s action and Tamanna’s acting add flavors to the movie. This is a story of Badri who since childhood is taught to protect the temples. He is a true worshipper of Badrinath, and help Alakhnanda to believe in god again. His guru, Bishma wants him to be his successor to protect Badrinath temple. But whereas Tamanna wants to marry Badri you’ll see a lot of action and drama and you’ll love this definitely.
You can watch full Hindi dubbed Sangarsh Or Vijay Movie online.

(Hindi Dubbed of Telugu Movie “Julayi”)
You’ll see great acting of Sonu Sood, Brahmanandam, Rajendra Prasad, Allu Arjun, and female star Ilena D Cruz. This is a combo of comedy, action, and love story. The story starts with Ravi(Allu Arjun), who vows to his father to earn money in lakhs in just one week.and by coincidence he meets Bittu, a gangster, who was planning for a bank robbery. Ravi Helped police by telling them about Bittu bank robbery and Bittu resolves to destroy Ravi and his family to take revenge. Brahanandam comedy makes the movie complete.
You can Watch full Hindi dubbed  Dangerous Khiladi online on youtube.

(Hindi Dubbed of Telugu Movie “IDDARAMMAYILATHO”)
It was released in  2013. It is an action and drama with Brahamanndam comedy. It’s running time is  2hours and 25 minutes. It is a story of a minister Daughter, who found a diary of a couple and when she engaged herself with the story further she finds herself in trouble. It is a wonderful movie and received
good comments from viewers.
You can watch full Hindi Dubbed  Dangerous Khiladi 2 online on youtube.

This was released in 2006. It is a full package of Action and Romance, comedy.
This is a story of a daughter of a minister, who wants to study but his father wants her to marry an illiterate person because he is his friend’s son.so, she left her house and stays with Bunny(Allu Arjun). You’ll see up and downs in there relationship and fight of Bunny with the minister.
You can watch the full Hindi Dubbed Happy Movie online on youtube.

It is the latest movie by Allu Arjun, It is an action, drama, Romance, and comedy movie. This is a good package family entertainer. Comedy and action everything is nearly perfect. This is a story of Bantu who finds out that he was exchanged by his parents when he was small. He went to find out his real parents.
You can watch the full Hindi dubbed ALA VAIKUNTHAPURRAMULOO movie online.
Hope you love the list and detail mentioned was helpful for you
Thank you
Stay healthy and enjoy life.