The best thing about web series, which I like the most is they give the best quality content in less time and there is always a craze about the next upcoming episode and next season. It is a short version of TV serial or daily soap drama but there is a lot of difference in quality content, which means there are about many episodes around 100 or 200 in one season of  Hindi TV serials and the story goes on which makes it boring but web series keeps the number of episodes limited and their story teaches you many things which means If you one’s started watching Hindi web series there is no way to go back to TV daily soap drama. I think today’s Youth will obviously, prefer to watch interesting web series but the thing is there is a lot of Hindi web series so, it’s difficult to choose which one is best to watch and spend time on. Don’t worry I am here with an amazing list of best Hindi web series and you’ll definitely love it. If you are not comfortable with Hindi then You can use captions or subtitles which are given with the series. 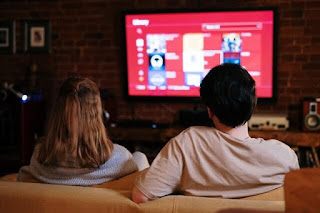 This is available on Youtube. It’s my personal favorite. This is one of the best web series in Hindi. It is all about the struggles of students for admission to IIT.The pressure of the students in Kota. It is relatable for every student who spends one or two years their life in Kota to be an IITian.Each character is awesome. You’ll be the fan of their dialogues and there acting.I’ll must say this is an amazing series. At last of the episode, you’ll see a little teenage love story or according to a teacher”It’s a  distraction”.

This is a Military story and at last, it takes you to a very important issue that’s about casteism. It has a great story and in the main lead you’ll see Monica (Jennifer winter), she is an army law officer and gets an open and shut case of encounter of two terrorists but when she searches deep inside the case she founds that reality is something else. The climax will make you shocked. Each character played their role amazingly and you’ll love this series. There is a lot of suspense and twist and turns which keeps you engaged with the story. This is a must-watch Hindi web series and available on Zee5

This is now the most loved and trending web series. This has 8 episodes of 40 minutes each and every episode is to the next level. The story starts with Nikhil and Dhananjay who are teamed up to solve the case of murder but the amazing fact is that this is not only one murder there are many murders in series and not even single clue of the murderer. The killer is so smart that he teases the CBI officer by leaving a mask near the dead body. The story will become complicated and complicated as it goes on. The killer kills for his religious beliefs it’s about fighting between good and bad and the story is attached to mythological things.

The first best thing about this series is that the Main lead is Nawazuddin Siddique and I don’t feel that someone will not be the fan of his acting and dialogue delivery style. The story starts with the dark childhood and bad teenage life of gangster Nawazuddin which turns him into a criminal. It shows the dark side of political corruption, drugs, violence, and some mythical issues also. It is quite relatable and many things you get to know about bad politics in-country by the men in power.

This series is available on Amazon Prime. Firstly, If we talk about the scenes in the series you’ll feel that this is a Bollywood movie, not a web series scenes are so wonderfully shown in the series. This is based on a true story of the Indian army who fought for freedom against the British during world war II and about their enthusiasm, their love towards the country, their war for freedom but they were forgotten that’s why the name of the series is the forgotten army and this reminds us about there sacrifice for freedom. This is an amazing and wonderful series.

This is the story of a middle-class man with a full pack of action and drama. He works for the National Investigation Agency, his job is difficult and low paying. He can’t tell about his secretive job of NIA and is tired of lying to his family. He got a case to protect the nation from terrorist but at the same time, he has to save his family too. This series is purely based on that man’s struggle and to know how he saved and what he choose you need to watch the series and I can assure you, you won’t regret it.

You will definitely feel connected to it if you ever enjoyed hostel life and If you want to enjoy it again you must watch this series full of drama and excitement and you’ll fell it relatable.and if you have missed those amazing hostel days then I must say don’t miss this series you’ll enjoy this amazing period of life.

Special ops provide a different perspective on the role of RAW(Research and Analyzing wing). The story is about Himmat Singh, a RAW officer who assigned to find out the mastermind behind the terror attacks. This is a Thriller and action series and you’ll get to know about working of RAW. It has a total of 8 episodes of 40 to 50 minutes and the whole story revolves around the terror attack planned on Parliament.

The best acting of Ali Fazal’s makes it worth watching. The story revolves around two brother’s Guddu and Bablu who get trapped into drug addiction, violence, and other criminal activities due to there friendship with mafia’s son Munna. This will take you to the Mirzapur district and activities which are done on the dark side. This is a strong series.

This is the story of a weird comedian. He kills a person before him every stage performance because he feels confident after doing that. You’ll get action, drama in this series and will definitely scared by the comedian act. Overall it’s interesting and good to watch.

This one is a romantic, comedy and drama. Nakul Mehta and Anaya Singh are in lead and are best friends story revolve around them and you’ll get some comedy, some small fights, and a lot of heart touching moments in this series.

This is a story of two partners Mikesh and Tanya who were in a long-distance relationship and then started thinking of marrying but Tanya suggested the first live-in relationship to know each other well. You’ll see there daily struggle to adjust with each other as well a lot of romance.

This is freely available on Youtube. It will change your perspective towards the 9 to 5 job which is usually considered as a loser job due to a fixed mentality. It hits that fix mentality that 9 to 5 jobs are boring. You’ll feel their enjoyment and also you’ll feel relatable to it.

If you are a fan of  Mirzapur you’ll definitely love this. This story is about the robbery in bank accounts with fake phone calls.

This story is about a man who is fed up with his life and tries many things to kill himself but in vain he survived in every case then he hires a shooter to kill him. But then comes a turning point in his life and he wants to live life but the thing is that shooter always completes the work which she is given. so, the story is a little humourous when he ran in a different situation to save himself.

This is a story of all the medical students. It is relatable and you’ll see the daily struggle and hard work of medical students but there enjoyment and fun are also priceless. It is a combo where you’ll see friendship, study dedication, and jealously to be the topper.

This will take you to the dark side of the cricket world where everything is fixed by rich people with money. You’ll see how every ball is fixed before the match and how things are done to create a fan base.

This series is based on the life on Subhash Chandra Bose. There efforts for freedom and at last there is an effort to solve the mystery of bose death. This is interesting and worth watching.
Few more best series which you’ll love

Hope you like this list of best Hindi web series.
Thank you
Always smile
Stay healthy and safe.
Enjoy each and every moment of life.