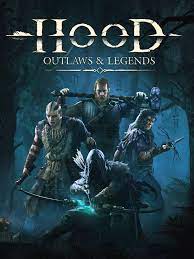 Hood: Outlaws and Legends 12 Tips and tricks for Easy and Fast win

hood outlaws and legends are some of the best online multiplayer game you would be having exciting abilities and powers and meet with extraordinary guards and enemies with different locations so to win the game you must go through some tips and tricks to get a surety to win if you follow these tips I can sure in just a few days you would become the pro of the game. Steal the chest and get to the extraction points easily without even spawning.
Must Read: Best controller settings for hood outlaws and legends
{tocify} $title={Tips and tricks overview}

#1. Get the Key as fast as possible

In the game, your motive at the starting is only to get the key before the enemy team gets it as who did the first step had made 70% victory chance.
Note that the sheriff’s path is actually marked in gold on your map so at the start of the game when you load take a look at the map and try to zoom and locate that little gold path on your map and then head to that location and find the sheriff as quickly as possible whichever team gets the key from the sheriff first will get the location of the vault the enemy team will not be notified of the location of the vault so your aim at the starting must be to get the key you can steal it or get by killing sheriff be aware that sheriff is too much power and is protected by a group of guards by getting the key you get the vault and the enemy team has no clue about that so make sure you check your map for that gold trail and just run to the sheriff as quickly as you can.

#2. Sprinting while in Danger

While sliding hit the crouch button to sprint. Sprinting is extremely useful as sprinting you can reach near the enemy without notifying Ai guards and assassinate him as Ranger Assassinating gives more XP than killing by arrows and would help in getting abilities fast. Abilities for your character could be a game-changer. You can sprint to reach cover without getting enough damage while in action.
If AI guards spot you your location will be red-marked and the enemy would get your location and the gates of the castle will close and lock down but you could sprint and get out of the gate “this would be impressive”.

#3. Stealth and reach to the key before the enemy teams

Keep in mind the best trick in the game is to be stealthy and sneaky you had to be hidden through the guards and assassinate them as if you’re going openly and the guard spots you then your location will red circled on the map which would disclose your location to the enemies and it would be difficult to fight with guards and enemy team at same. So try to be stealthy and steal the key secretly from the sheriff and get to the vault but kill guards as killing them increase your abilities which would be helpful at the ending of the game.

blue color bar is the stamina bar, the stamina bar goes down when you’re sprinting and or when you are attacking an enemy player. if you’re out of stamina you cannot sprint you cannot attack, you cannot block you would be in danger situation so if you run out of stamina in a fight you are completely defenseless the only thing left for you would wait for your stamina to replenish.
So during the fight with the enemy prefer to block the first few attacks it would decrease the enemy’s stamina and you would get the great opportunity to hit him. ( Stamina slow drains while blocking so only block 3 attacks).
so make sure you keep your eye on your stamina bar and you’re conserving it. Don’t be too aggressive use your brain and tackle the situation. First, lower down the enemies stamina then kill them
Do not get caught without stamina you will be completely defenseless replenish it at the cover.

#5. Assassinate and get abilities

Assassination is the key major tip for the players to kill AI guards without getting spotted. assassinating the guards increase your XP more and if you are a ranger you would be saving your arrows as they are limited. You had to stealth and then assassinate it would be too interesting if you are hitman game lovers as it allows you to assassinate in more over the situations.
Many Players would prefer to go open and kill the guards without assassinating but this would be their major mistake as your location would red circled on the map and you would lose your health. Yes, you can spawn but it would take time and you would lose the game.
In the assassination, the hunter is the best as he could assassinate from every angle but other characters can only do it from behind.
(Assassinating is one hit kill)

The great thing about the game is there is the ability to throw rocks to distract guards.
All you had to do is to throw stones in the opposite direction of guards and the guards would go there to check for the noise and you would go behind them and assassinate them.
This would clean your path and decrease the dangerous situations which could occur if spotted.
Pro tip: if guards are near Sherrif then You could throw the stone for distraction the guards would go there and kill the sheriff and get the vault’s key

Teamwork is necessary you cant complete the game solo as each character plays a vital role in the game. Because if you run out of stamina pretty quickly and you would be struggling against guards or enemy team and you would be defenseless without your team.
So, work as a team and together in pairs so that way if you do get spotted by a guard you can quickly assassinate or take them out before the guard alerts everyone in the area and makes you available and seen to all enemy players in the game now if you get spotted by too many or spotted for too long the area that you’re located in gets locked down which means all of the gates in the area will close and you can’t go through the gates unless you have john the brawler he has the perk and the ability to raise the gate so keep that in mind.

While you notice your enemy first thing you had to do is to tag the location so your whole team gets to know that your team would get the exact location there is no need to describe the area just remember it would be for a short duration.
Tagging enemies allows your team to see them even through walls so tagging your enemy is basically pinging them or marking them so that you and your teammates can see who you want to attack or who is attacking you.
Pinging can be used if you want your team to get to a place all you had to do is to tag the place and your team would assemble there you can do this if seem too many AI guards and you are alone just call your team for help.

Grenades are going to be a bonus point for your character as each character is going to have their own grenade the hunter has a smoke grenade and the ranger has a flashbang and mystic has got a gas grenade and then the brawler has just a standard frag grenade and you can only get these grenades through gearboxes so you’re going to make sure that you go to the gearboxes and replenish you can only carry one at a time but they are extremely useful items and so go fo for them as they could drain whole enemy team health and they would be distracted and your team would get time to leave the place or stay there and the kill the enemy teams.

Before starting the game the one thing you must do is to get knowledge about your character checkout their perks understand what perks are, then chose which playstyle you would like when choosing your characters there’s a  bunch of different type ones for example robin has razor gauntlets which allow his melee attacks to do more damage but he runs out of ammo and has less ammo a whole lot quicker for that after killing enemies collect their arrows. you are being able to change your playstyle more melee-based robin hood or more aero based for doing more damage to enemies.
Every character has different abilities you would have multiple choices multiple perks to choose from. The more you play the perks you are going to unlock.
Every Character has unique items like having different types of grenades described above for example mystic has a poison gas grenade which could be used to kill enemy team and guards and grenades could be used to even heal the health of your own team members during brutal fights.
the hunter which is Marianne can turn 90% invisible but if the enemy is doing such you could see him in the sun’s light or if you notice it quiet.
John is shown the most powerful as melee attacks. John becomes really strong and tanky and has unlimited stamina for a short period of time which could so much beneficial for your team.
So, stay assembled and use your most abilities. If you had the best squad and then your winning percentage would be the max. Remember Killing A1 guards killing enemies is the fastest way to  charge up your  ultimate ability and these ultimate  abilities are  absolute game-changers

In The game you could spawn unlimited times but don’t even get free and play the game openly as the timer of spawn would increase as the game goes towards the end so the tip would be to refuse to get die as if your teammate dies your weaker than your enemy teams and if the whole team dies you absolutely lost the game as you lost the vault or key and time.
Another thing to remember is that save your teammates as saving their lives by helping them would definitely make you an easy win. You had to do is just stay with your teammates if any teammate dies then wait until he respawns don’t get open to enemies fight with great cover as your stamina and health would go low fast.

Stay away from Sheriff as he is too much powerful and is capable to kill in just one hit. assassinate him or kill him by teamwork but don’t get a single hit from the sheriff’s side.
Go Through the golden path and get the key your team would get the location of the vault open it steal the chest and reach the extraction point.
In the game, your basic gameplay must be stealth and assassinate and get the abilities and kill enemies.
Comment below if love the tips